Six weeks before our local elections in Chattanooga, Tennessee, three friends, who were tired of low voter turnout and a lack of good information about candidates for city offices, decided to build a tool that would both empower and engage citizens.

We believe the knowledge and awareness of our citizens, their keenness, will determine what our future looks like. Keen citizens have gathered at Faneuil Hall and marched the streets of Selma to change our nation for the better.

Technology can simplify or complicate things. But as our nation forges into the 21st century with deep divisions and political challenges, the tools of modern technology can make our democratic process work best when we need it the most.

KeenCitizen.com is a first step in that direction. It empowers citizens with information and gives them an altogether new way to hold candidates and elected officials accountable.

Keen Citizen is built around “Town Square,” an interface that puts citizens in a more important role than ever before. In Town Square, stories about candidates from news organizations and social media in a specific council district are featured in a chronologically ordered news feed.

When candidates deserve positive feedback, our users can click beside a story and “Give ‘em a Hand” one time per day. By doing this, users are directly influencing that candidate’s “Ovation Score,” which we use to rank candidates in each district on the “Candidate Info” tab, which also includes basic candidate- submitted information

Citizens who have logged into the site by Facebook can also comment below any of the stories, which come in the form of local news stories and Facebook posts from the candidates themselves. The five most popular stories from each race will be featured on the right side of Town Square in “Table Talk.” That way, conversation can continue on the hottest subjects throughout the campaign.

By allowing citizens to rank politicians through an action-based metric, we’ve brought a new level of accountability to campaigns. At the same time, we’ve empowered citizens with new helpful candidate information and created a place to let their voice be heard.

It’s ambitious, we know. But the political process needs transparency and accountability. And keen citizens deserve it.

We hope to win the Looking at Democracy contest to use the winnings to take KeenCitizen to another city for our second major beta test. And long term, we see Keen Citizen expanding to serve not just local politics, but state and federal races as well. 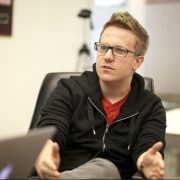 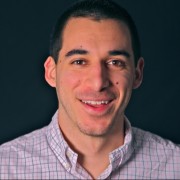