Accounts of American politics in recent years have primarily focused on two types of people, the great men who flew too close to the sun (as depicted in "Confidence Men") and those individuals who have been adversely affected by fall-out of those ill-fated flights, the long-term unemployed, the foreclosed upon, the debt-burdened. The stark contrast between representative and represented in those instances might lead us to believe that the project of political representation is doomed.

However, there are many more layers of representation in our government. There are local school boards and city councils and regional governments, and they are all working to represent America too.

This fall, I will begin a trip around the U.S. to explore the middle stratum of representation, local and state government, which is largely neglected in our national discourse about the successes and failures of governance. Working in the tradition of oral historians and photojournalists like Studs Terkel, James Agee, Dorothea Lange, Walker Evans, and Gordon Parks, I will conduct interviews and make photographs that take a deep dive into the nuances, paradoxes, and surprises of American politics. In addition to speaking with politicians, I will also interview and photograph the constituents who know them to get the other side of the story. The result will be multimedia segments that juxtapose what Americans in different positions of power and in different parts of the country think of representation and of their own role in democracy.

Representation is a critical area of inquiry because it is the foundation of our democracy. The more information we have about how representation works, the more likely it is to function well.

I’ve included examples of my photography in the gallery. I will be shooting all new work for this project. I shoot film using a Mamiya RZ67. 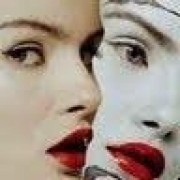